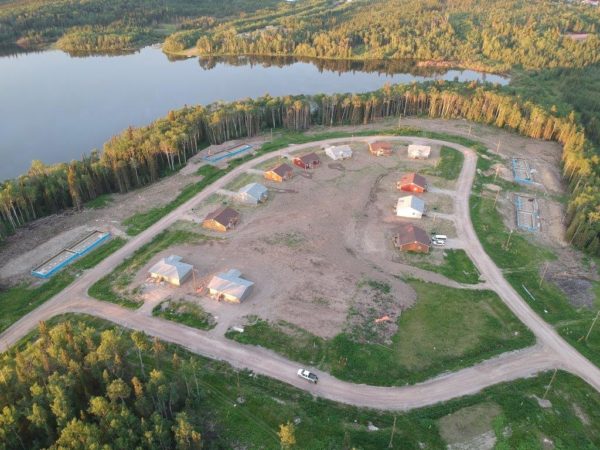 The World Health Organization reports that there is a direct correlation between residing in adequate housing units and the overall wellbeing of individuals, communities and families. This has been an issue in Northern Manitoba where it’s been reported that Northern Communities require at least $2 billion dollars to begin addressing the housing crisis in our northern communities. In spite of these severe obstacles, MKO communities are striving to move forward and find innovative ways to address the current housing shortage. MKO strongly supports our Northern Communities who are doing their best to try and realize adequate housing for their membership. However, challenges are great.

The substandard and deplorable housing conditions in First Nations are a persistent challenge for MKO First Nations. Current housing programs do not meet the increasing demand of new housing units brought on by our expanding population growth, compounded by overcrowding and deterioration of existing housing units that has resulted from poor construction and impacts of mold. Programs through DIAND do not cover the full cost of housing. In addition to government funding, First Nations and their residents are expected to secure funding from other sources for their housing needs, including shelter charges and private sector loans.

MKO recoginzes the need to support actions that assist MKO communities in realizing their treaty right to housing. We have a long way to go, but with growing efforts to build local and sustainable economies, efforts being made to achieve new partnerships, and a renewed relationship with the federal government we hope to continue building on this momentum.

With the 2013 Federal Budget announcement, no new money were announced to address more resources to First Nation housing concerns. However the government announced two new funds including enhanced service delivery for the on-reserve Income Assistance Program and the First Nations Job Fund. Each program would see greater emphasis on providing First Nations youth with access to skills and training to secure employment and for creating the infrastructure, counseling support and compliance enforcement mechanisms for assistance recipients.

On August 1, 2013 MKO was invited to attend the First Nation Housing Management Committee, comprised of officials from CMHC, DIAND Manitoba Region, AMC, SCO and MKO. The Housing Management Committee reviewed the current CMHC Housing program delivery and administration, and Aboriginal Capacity Development in Manitoba. The Committee also explored planning for the 2013-14 and 2014-15 fiscal years focusing on Section 95 budget allocation process and RRAP (Residential Rehabilitation Assistance Program) budget allocation process. In 2012-13 CMHC undertook a review to improve operational effectiveness of its programs and begin a process to share its findings with key stakeholders including MKO. The review outlined how CMHC can better support communities in understanding expectations and addressing observations/operational issues.

In October 2015, at the request of Grand Chief Sheila North Wilson, was provided with a condition report regarding the housing conditions in MKO 27 northern First Nations, The Following is an outline of the condition report findings:
​

MKO’s Special Housing Projects at a Glance:
With serious housing issues in the north, MKO has been working along side the MKO First Nations to find ways to address the housing crisis. This has been achieved through active efforts to build new relationships and partnerships with outside agencies, academic institutions, and other entities wanting to participate in improving the living conditions up north.

Thompson Economic Diversification Working Group (TEDWG) – Housing Action Plan- MKO, along with the Keewatin Tribal Council, Nisichawayasihk Cree Nation and other key stakeholders including representatives from the City of Thompson and the Province of Manitoba, participated in the development of a Housing Action Plan to address how to best deal with housing issues in Thompson and surrounding communities. Through discussion the working group developed a number of key recommendations for immediate action including A City of Thompson housing incentive program, City of Thompson regulatory changes, Project Northern Doorway (supportive housing), Affordable family rental housing, Marketing plan, and Thompson Housing Authority.