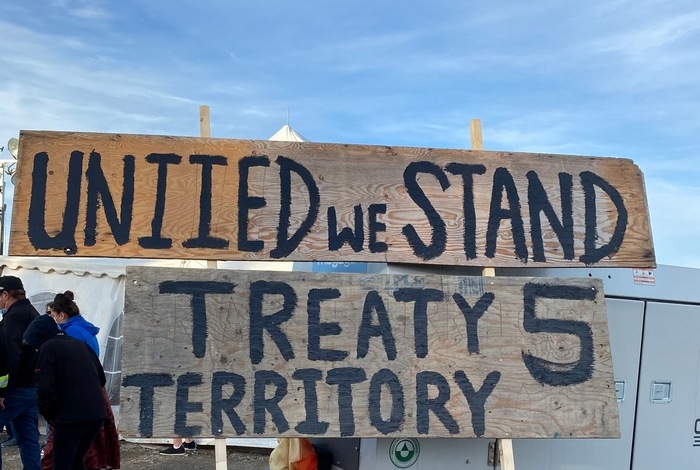 “MKO is pleased that Manitoba Hydro has come to an agreement with the four Cree Nations regarding the Keeyask construction site,” stated Grand Chief Garrison Settee. “It is imperative that corporations working in our territory are full partners and in agreement with plans to open up the North—the First Nations had made it clear for weeks that they were not in agreement with the plans made for the Keeyask project. Their ultimate concern was in protecting their communities from the threat of COVID-19.

Manitoba Hydro had planned to carry out a shift transition starting on May 19, when 700 employees at Keeyask were to leave the site to return home. Manitoba Hydro had planned to bring in up to 1200 new workers to the site. Staff would come from various parts of Canada and the United States, including regions hit hard by COVID-19 such as Quebec, Ontario, and British Columbia.

The Tataskweyak Cree Nation and Fox Lake Cree Nation started blocking access points to the Keeyask construction site. The longest running blockade, outside of Tataskweyak, has been set up for 10 days. Chief Doreen Spence was served with an injunction on May 20, 2020.

The Chiefs of the four Cree Nations met with Manitoba Hydro’s President and Chief Executive Officer (CEO), Jay Grewal, on May 23, 2020. The agreement made between the Chiefs and Manitoba Hydro includes the removal of blockades, the lifting of the injunction against Tataskweyak Cree Nation, as well as planning exercises, a move towards implementing the project plan for Keeyask, and an in-person meeting between the CEO and the leadership of the four Cree Nations.

“The Tataskweyak Cree Nation is a partner in the Keeyask Generating Station. We have asked Manitoba Hydro to work with us in a better way to move forward with the project. First Nations, like other Manitobans, have made many sacrifices to restrict the transmission of COVID-19. While we absolutely want our economies to open up and succeed, we are ultimately most concerned about the well-being and health of our citizens during this uncertain period. We want to keep everyone safe from this virus. We look forward to working as full partners throughout the completion and operation of this project.”
~Chief Doreen Spence, Tataskweyak Cree Nation

“The plan of bringing in up to 1200 people from outside of our region, while a travel ban is in place, is an astounding idea. The Cree partners of the Keeyask project must have a seat at the table when it comes to making decisions that will have an impact on the health of our citizens. War Lake looks forward to being fully informed and in agreement with the plans for next steps for constructing the Keeyask Generation Station.”
~Chief Betsy Kennedy, War Lake First Nation

“This was an extremely frustrating and unnecessary situation. If Manitoba Hydro had fully engaged with its Cree partners from the beginning, this situation would not have happened. We are living in a pandemic and we know what is best for our communities. York Factory looks forward to working with Manitoba Hydro in a more productive and meaningful way.”
~Chief Leroy Constant, York Factory First Nation

“As leaders, we are the protectors of our communities. I commend the Chief and Councillors for stepping up in a major way to protect their people. I am proud to stand with them. I also commend the CEO of Manitoba Hydro for making it a priority to work directly with First Nations leaders. I urge governments and corporations to do their due diligence when it comes to engaging with the First Nations leaders throughout Canada on resource development and other projects. If we are to move forward in the spirit of reconciliation, we absolutely must be full partners at the table.”
~MKO Grand Chief Garrison Settee