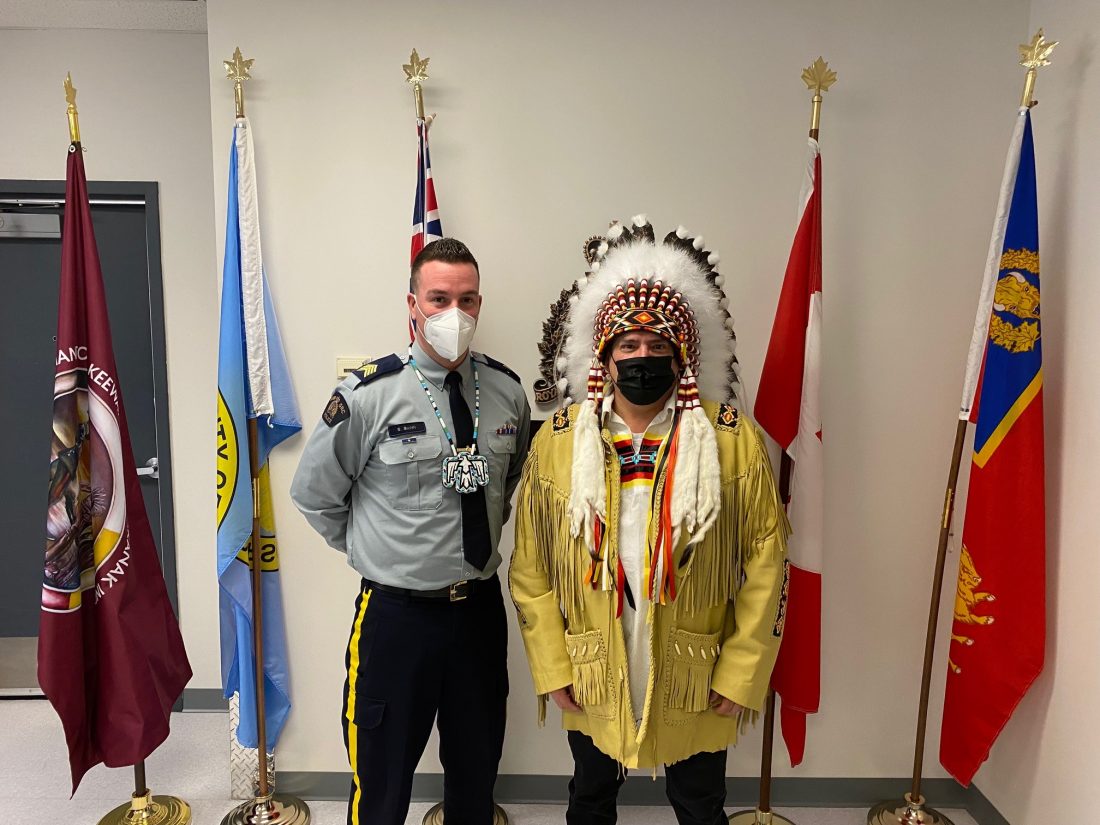 “It was an honour to witness my nephew Shayne Smith receive a long service medal in recognition of his 21 years of service to the RCMP,” said Grand Chief Garrison Settee. “Much of Shayne’s career has focused on serving MKO First Nations. His hard work, sacrifice, and dedication have earned him numerous awards. He is a role model for Indigenous youth who wish to pursue a career in public service. I commend Sergeant Smith for his ongoing courage, bravery, and empathy in his work as an RCMP officer.”

From May 2017 to May 2018, Smith was deployed to Baghdad, Iraq as part of the Unites States led Combined Joint Forces Land Component Command-Operation Inherent Resolve and seconded to the Canadian Armed Forces ‘Operation Impact.’ He was the first Canadian police officer stationed to ‘Camp Dublin’ Police Task Force-Iraq (PTF-I) to assist in training Iraqi Security Forces to aid in establishing a sovereign, stable, and independent Iraq. 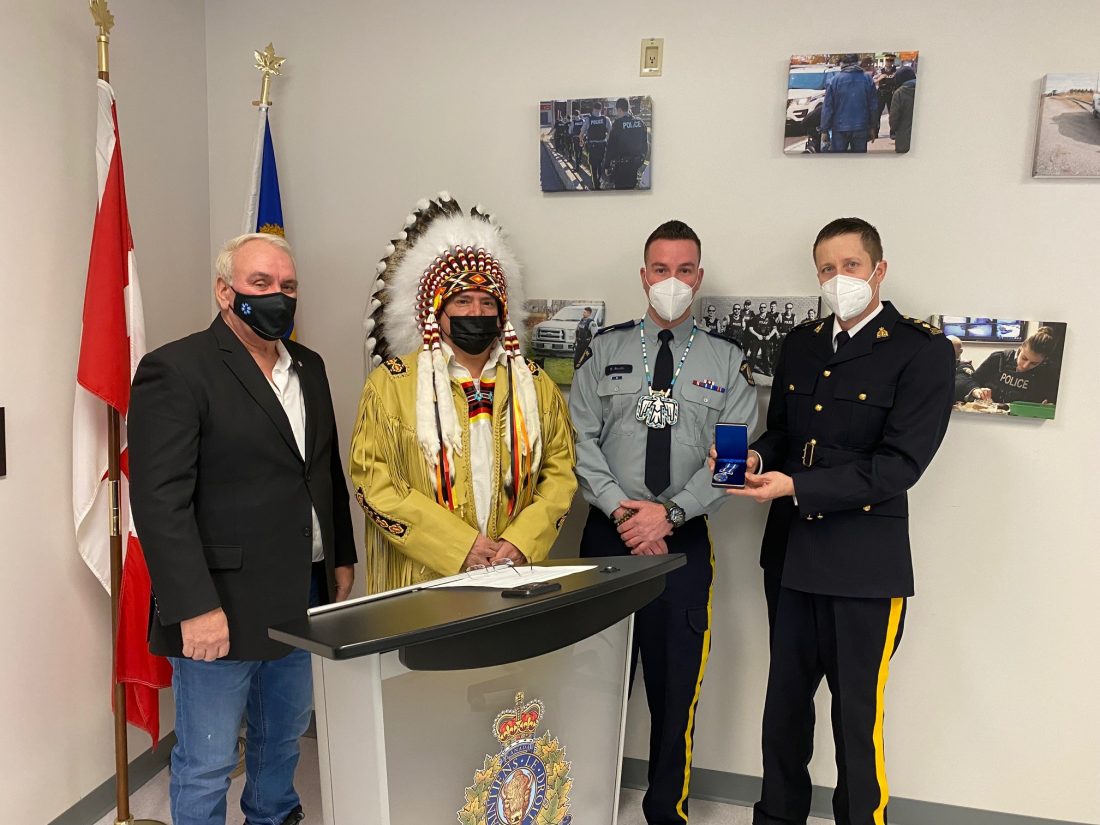 As a result of his efforts, he was acknowledged by the Italian Commander of PTF-I with a Certificate of Appreciation, an award by the US Command Sergeant Major for Training Excellence, and was also awarded the United States Army Commendation Medal from the Commanding General of Operation Inherent Resolve.

For his continued dedication in serving Manitoba and Canada, he has received numerous awards including the Queen’s Diamond Jubilee Medal, the Manitoba Attorney General Excellence in Law Enforcement Medal, the International Association of Chiefs of Police (IACP) Top 40 under 40 Award, and for his service in Iraq, the General Service Medal-Expedition.

The Royal Canadian Mounted Police Long Service Medal was created in 1934. It may be awarded to any officer, non-commissioned officer, or constable who is of irreproachable character and who has completed not less than 20 years of service with good conduct. It is the oldest, continually awarded honour within the Canadian honours system, and the first created specifically for Canadian service within Canada.

“Thank you, Staff Sergeant Smith for your ongoing commitment to serving First Nations,” shared Grand Chief Settee. “I understand you have attained a rank that only 800 members in a force of 33,000 hold. You have made so many of us proud of your accomplishments. I wish you continued strength as you continue with your career in public service.”