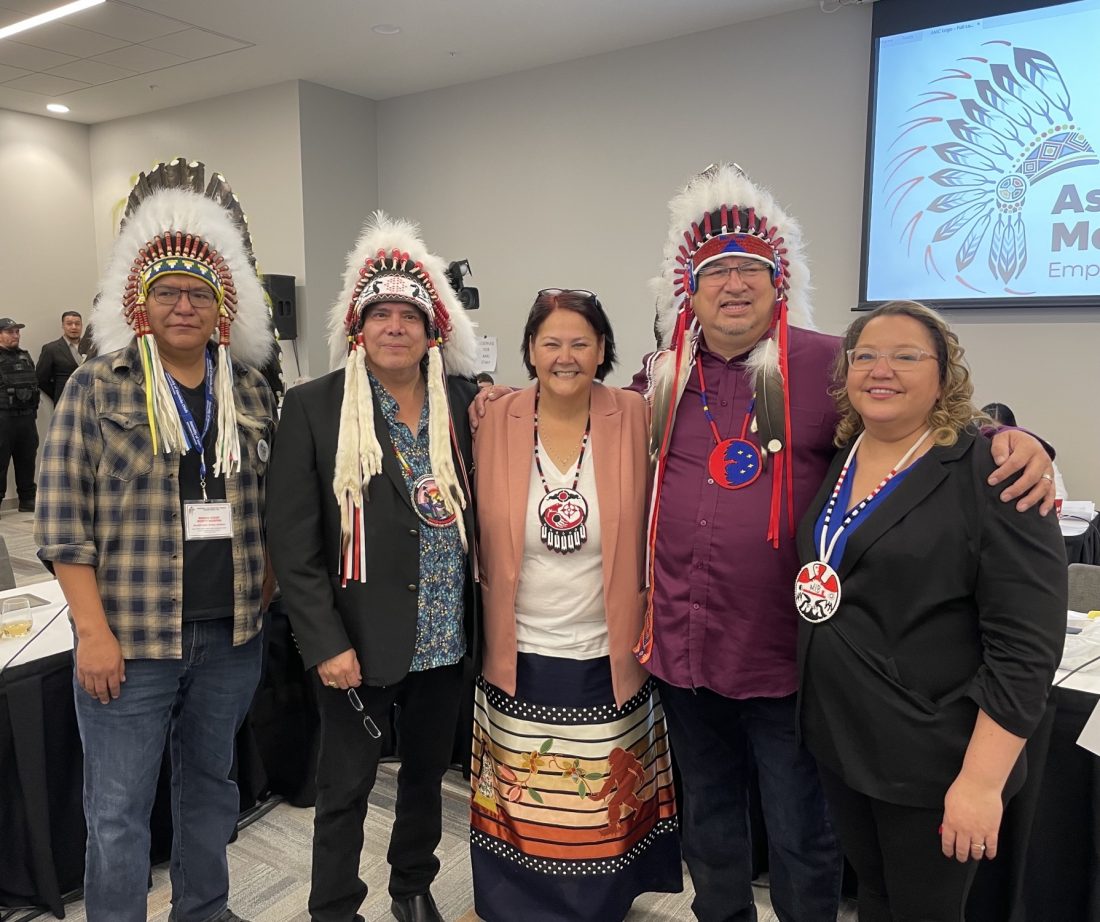 “On behalf of MKO, I congratulate Cathy Merrick on her election as the new Grand Chief of the Assembly of Manitoba Chiefs,” shared Grand Chief Garrison Settee. “As a fellow member of the Pimicikamak Cree Nation, I am very proud of your accomplishment today. It is especially significant that you are the first woman to be elected to the position of AMC Grand Chief. I know we will have a strong working relationship, which will benefit the ongoing advocacy that is needed across the entire province.”

The MKO Grand Chief acknowledges the three women from the MKO region who ran for the position of AMC Grand Chief. In addition to Ms. Merrick, other candidates from the MKO region included Jennifer Flett of the Opaskwayak Cree Nation and Sheila North of the Bunibonibee Cree Nation. MKO also acknowledges candidates Eugene Eastman, George Kemp, Cora Morgan, and Darrell Shorting.

“As the Chief of the Pimicikamak Cree Nation, I give thanks to Cathy Merrick for agreeing to take on the role of Grand Chief of the Assembly of Manitoba Chiefs. Cathy, you make us so proud today. I know you will do great things to support and empower First Nations citizens across the province,” stated Chief David Monias.