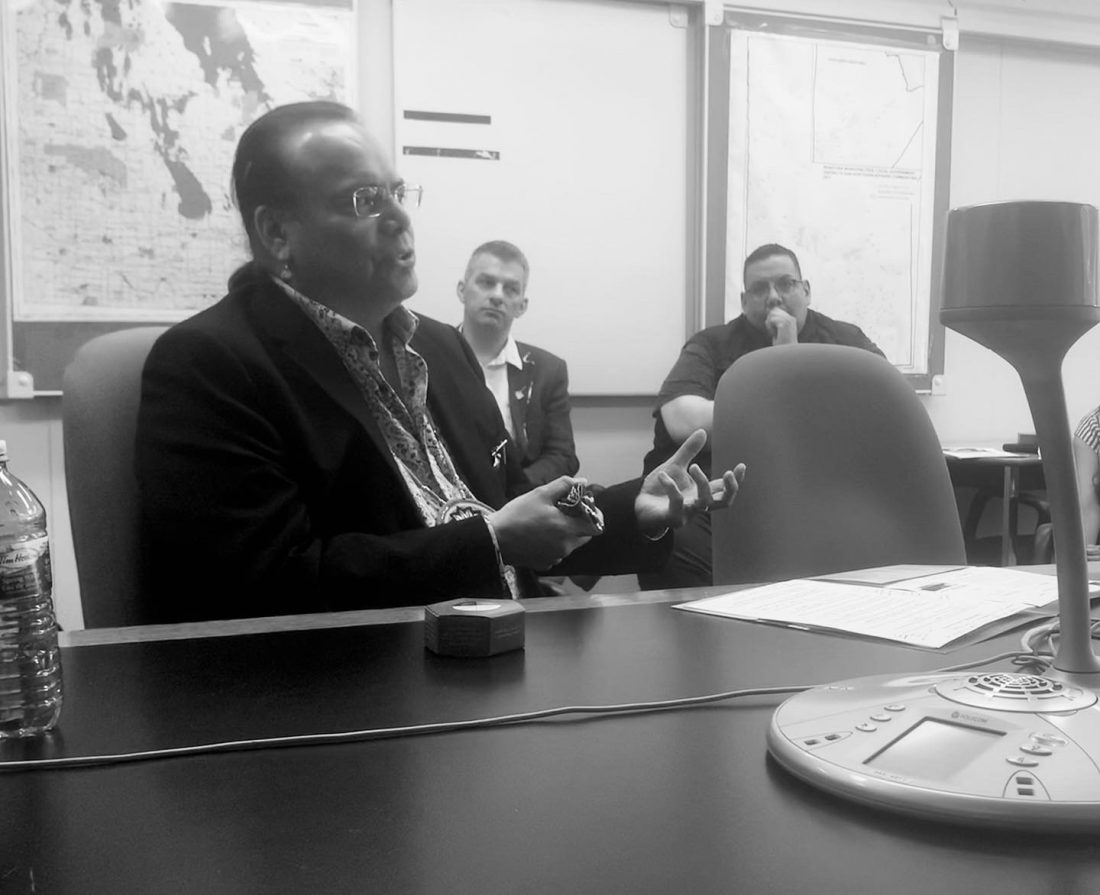 “The ultimate goal is to create a better society,” shared Grand Chief Garrison Settee as he spoke with a group of Crown Attorneys in Treaty One territory this past Tuesday.

“We want youth to be able to achieve their dreams. We must understand that what we are dealing with is part of a larger problem. Youth start off with minor things, misdemeanours, and then they are drawn into a system where they become institutionalized. They become trapped because of the way the systems have impacted our youth and Indigenous people. There is no chance for redemption, no chance for restorative justice.”

On June 7, 2022, Grand Chief Settee was pleased to speak with a group of Crown Attorneys. They were joined by Edwin Wood, Program Manager for MKO’s Justice Program along with Heidi Spence, Director for MKO’s Missing and Murdered Indigenous Women and Girls Liaison Unit.

He started by sharing information with the Crown Attorneys about where he was raised. He explained he was from the Pimicikamak Cree Nation and was raised to speak Cree and is still fluent.

His language is important to him. 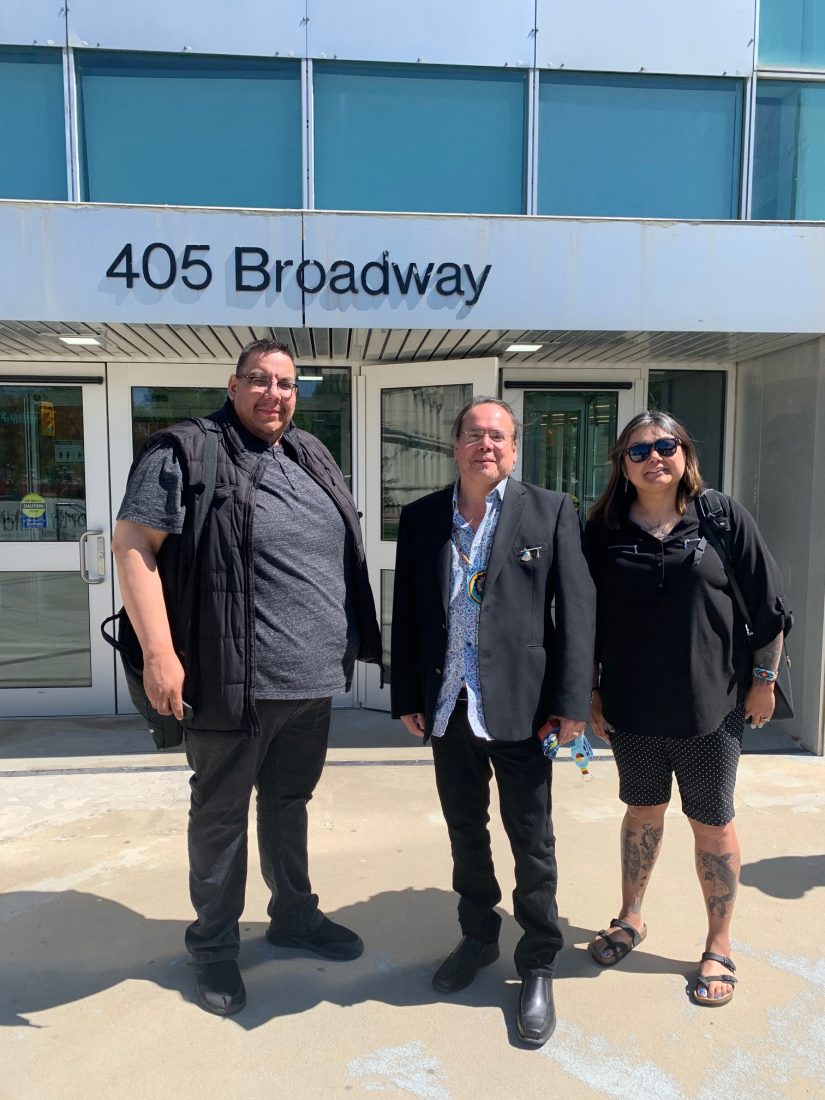 By profession, he is a teacher. He spent much of his time teaching in high school. He studied Indigenous law and was teaching that to grade 11 & 12.

“One of the atrocities is when we take a young and powerless child and we drag them out of their environment where they have access to the culture, we put them in an environment that is strange, away from their siblings, their aunties and uncles,” said the Grand Chief.

He spoke about the abuse that took place in residential school.

“People can’t come out ‘normal’ when they go through that system,” he stated.

“Unmarked graves across the country–that is what we are living with on a daily basis.”

In the bigger scheme of things, the Grand Chief tells the Crown Attorneys, he wants to address the root cause of the crimes.

“Opportunities for change and transformation in how we deal with justice.” 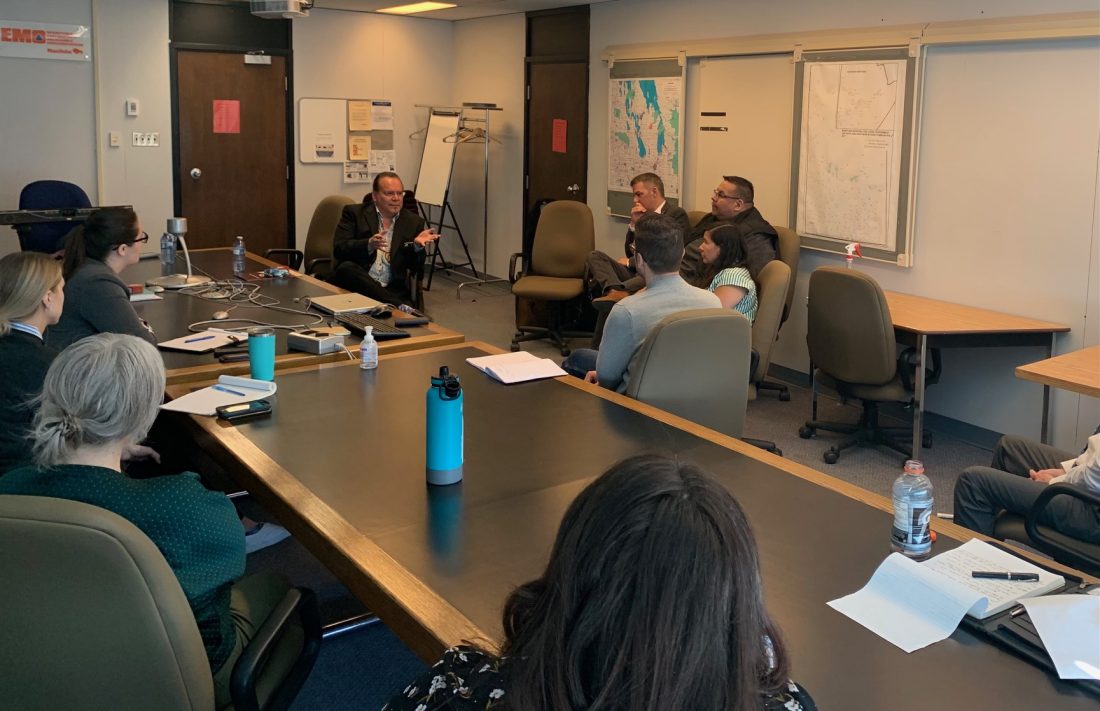 “The ultimate goal of the Indigenous justice systems are peace, balance, and harmony,” stated Grand Chief Settee. “We did not want to disrupt that system. Courts, lawyers, judges, were not in this scheme. We lived like that for time out of mind and it worked for us. We are starting to have much-needed conversations on restorative justice.”

The Grand Chief wore beadwork gifted to him when he travelled to meet MKO citizens who are living in penitentiaries and correctional centres. He shared with the Crown Attorneys his experience of going to Headingley and Stony Mountain.

He held the beadwork that was so carefully made by someone doing many years within the system. The Grand Chief spoke about the message of hope that he shares when he goes in to visit the people living incarcerated within these systems. He says, “people’s past does not define their future.”

“Without truth, there can be no reconciliation! The way forward is having systems where youth can find themselves, like the healing lodge. The system we have now is not restorative, it is punitive, it is foreign to our way of thinking,” concluded Grand Chief Settee.

“To be able to revitalize our culture, our languages, our ceremonies is essential.”