Treaty 1 Territory, MB and the Homeland of the Metis Nation — Today, leaders representing the Assembly of First Nations (AFN), the Southern Chiefs Organization (SCO), Manitoba Keewatinowi Okimakanak (MKO), and the Manitoba Metis Federation (MMF) join fellow Indigenous leaders and allies in a show of strength and solidarity with the Sipekne’katik First Nation. Leaders have organized a ceremony to show their support for the well-being of Mi’kmaq relations in Nova Scotia.

A Horse Spirit Ride for Mi’kmaq lobster fishers will begin at the Royal Canadian Mounted Police (RCMP) Headquarters in Winnipeg at 1:00pm. It will ride east on Portage Avenue to the Manitoba legislature.

In the interest of reducing the potential spread of COVID-19, the ceremonial ride is NOT open to the public. Members of the public are welcome to listen to speakers at 2 pm at the Manitoba legislative building, however, they are asked to wear a mask and follow physical distancing to keep this event safe.

“We are collectively calling on the federal government and the RCMP to put an immediate end to any more acts of domestic terrorism and violence towards our Mi’kmaq Relatives,” said SCO Grand Chief Jerry Daniels. “The Mi’kmaq have the right to earn a livelihood from fishing and they have had the right to harvest since the first sun rise. Even the highest judicial body in Canada agrees with that determination, and it is time once and for all to end economic apartheid.”

“This is a direct assault of our constitutionally protected rights, which are entrenched in Section 35 of Canada’s Constitution. It is incumbent on Canada to uphold their own Constitution. It is a breach of fiduciary duty to not enact the protection of these rights,” shared MKO Grand Chief Garrison Settee. “It is unbelievable we live in a country where we try, as sovereign nations, to protect our rights. When we do stand up to protect our land and waterways, the army is called in but when our rights are being attacked, the RCMP do nothing. Indigenous peoples have watched Canada become one of the wealthiest countries in the world, with the resources Canada received through alienating Indigenous people and pushing us off our lands. When we try to make a meager subsistence by exercising our right to fish and harvest seafood, they are up in arms. We are not backing down and we stand strongly in solidarity with our relations in Nova Scotia.”

“I send my respects to the Mi’kmaw lobster fishers who are trying to make a better life for their families. So many Canadians insist that First Nations become self-sufficient, but then attack us when we try to do just that. The Supreme Court has affirmed the Mi’kmaw’s right to a moderate livelihood. The federal government has been dragging its heels, long before this administration came along, and it is time for something to be done to put this issue to rest. Canada must control its people. And Canadians have to recognize that First Nations have a right to make a living,” shared Regional Chief Kevin Hart of the Assembly of First Nation Manitoba Region.

Participants at today’s Spirit Ride are demanding the federal government facilitate meaningful dialogue and resolution between all parties in the east coast fishery dispute, and that traditional harvesting rights are honoured and upheld. We are also calling on the RCMP to fulfill its mandate and protect all people from further acts of violence.

“As the Metis government in Manitoba, the MMF fully supports the Mi’kmaw constitutional rights to harvest” stated Manitoba Metis Federation Minister Will Goodon.

“If Canada is serious about reconciliation, any solution to this dispute can only be then rooted in the recognition of Mi’kmaq Treaty Rights,” added Grand Chief Daniels. “We cannot and will not back down from those who would turn the clock back to a time when Indigenous voices and rights were not acknowledged.”

The Southern Chiefs’ Organization (SCO) represents 34 First Nations and more than 80,000 citizens in what is now called southern Manitoba. SCO is an independent political organization that protects, preserves, promotes, and enhances First Nations peoples’ inherent rights, languages, customs, and traditions through the application and implementation of the spirit and intent of the Treaty-making process. 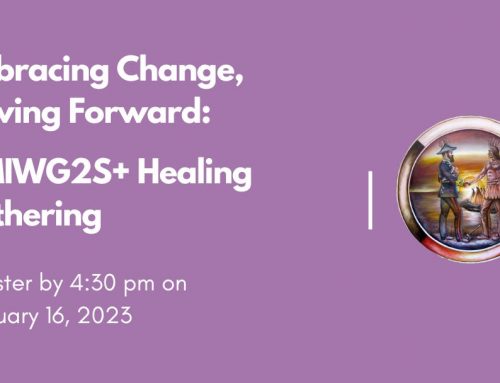