On January 19, 2020, at approximately 5 pm, a Perimeter Aviation flight made a dramatic landing in Shamattawa First Nation. It had originated in Thompson, Manitoba. When it approached the runway in Shamattawa, the landing went wrong, and the plane ended up in a snowbank. The right propeller of the Metro aircraft was completely shattered upon running into the snowbank.

“It is unclear why this Perimeter flight ended up in a snowbank. I flew into Shamattawa earlier in the day and the runway was in very good shape. I had no concerns about the state of the runway,” stated Chief Redhead. “I am now rather concerned about the well-being of the Shamattawa residents who were on that plane. Everyone is physically okay, however, they are very shaken up. I am once again calling on Perimeter Aviation to step up and take steps to improve the air transport services they provide to citizens in Northern Manitoba.”

“Shamattawa citizens absolutely need to see action on this matter. Today MKO is asking Perimeter to create a plan to improve service to Northern Manitoba,” said Grand Chief Settee. “If Perimeter is unable to develop a plan that meets the needs of our Northern First Nations, we will be calling on the federal government to step in to investigate this matter.” 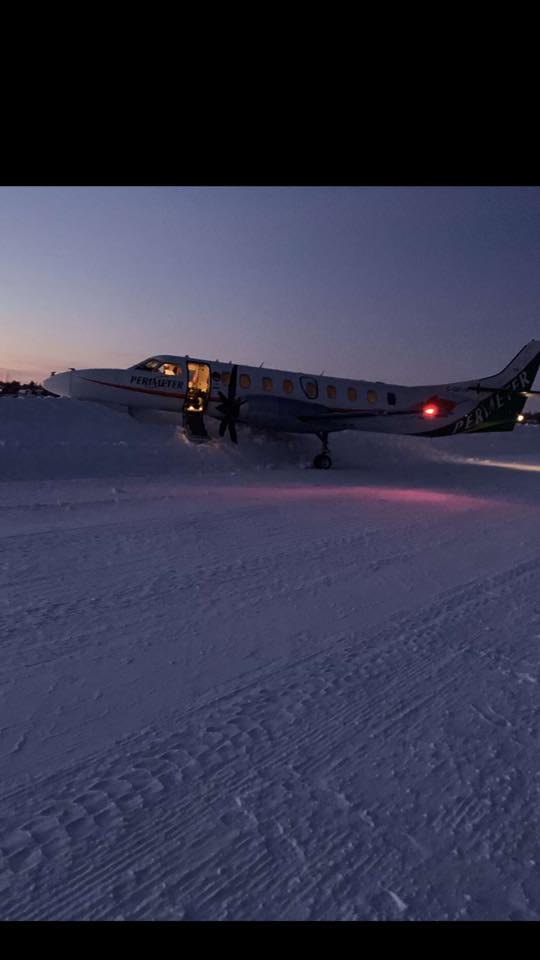