On National Child Day, MKO is hosting a Chiefs Assembly for its 26 Northern communities. The Assembly will take place at the South Beach Casino in Brokenhead Ojibway Nation. The Assembly will feature an in-depth look at Bill C-92 as well as provincial child welfare legislation; discussions, visions, and concerns regarding child welfare in Northern First Nations; a historical overview of child welfare; a presentation about MKO’s “foundational strategy;” and more.

“Children are sacred gifts from the Creator and they are at the center of our First Nations. Elders and traditional teachers tell us that our actions today will impact the next seven generations,” stated Grand Chief Garrison Settee. “MKO aims to empower First Nations in reclaiming jurisdiction over their own children and that’s a part of why we are hosting an Assembly starting today on child welfare.”

National Child Day provides an opportunity to promote the United Nations Convention on the Rights of the Child and is an opportunity to encourage people to increase their understanding of children’s rights and why these rights are so important. MKO’s Child Welfare Secretariat will continue to work to advance the rights of First Nations children and youth.

Below you will find the agenda for the Assembly: 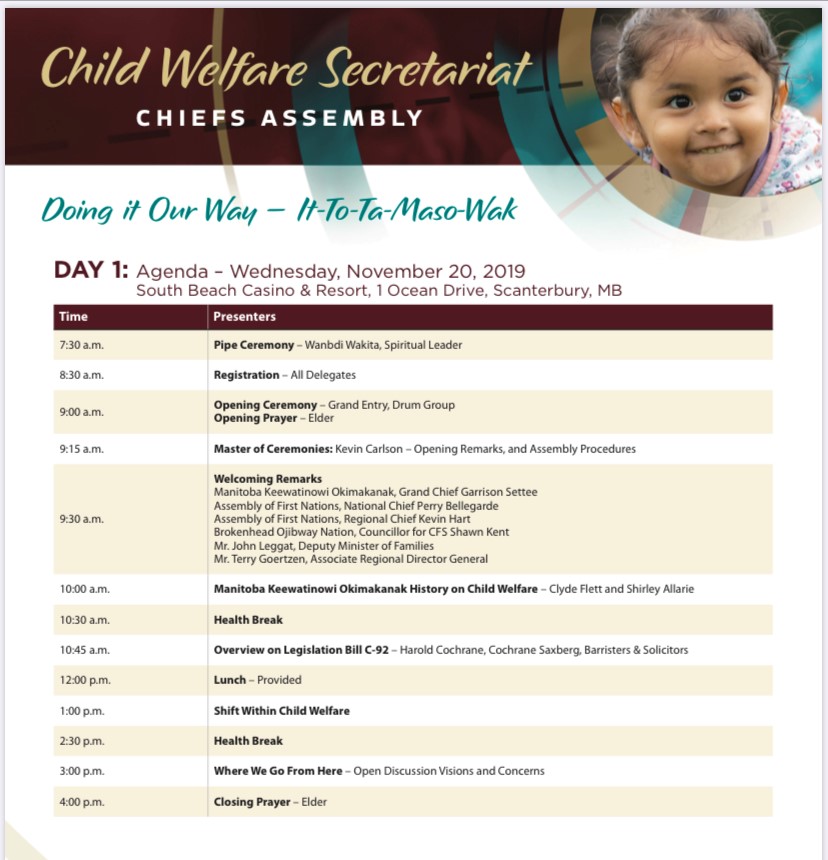 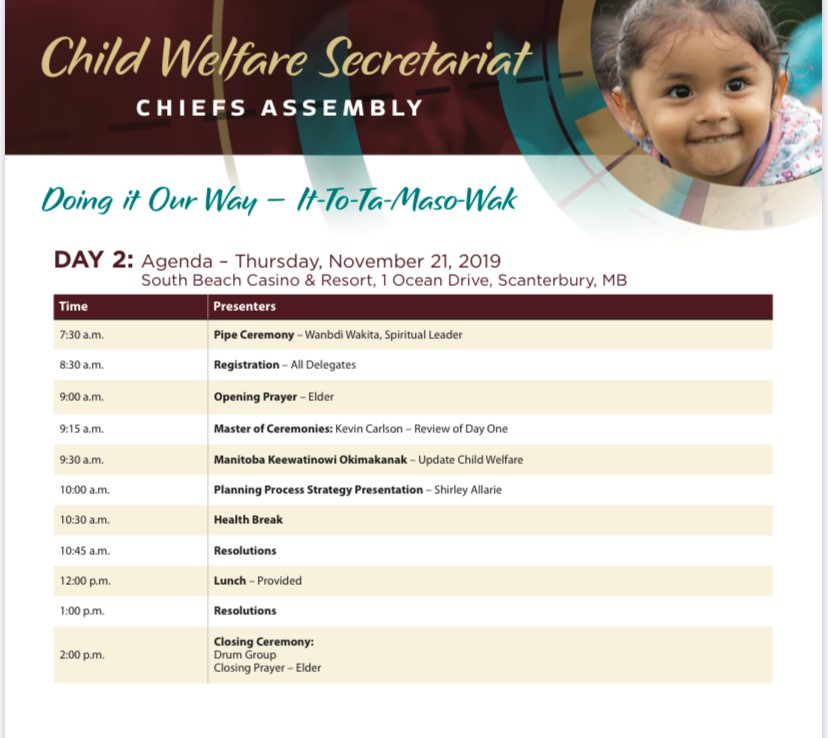