MKO Response to the Introduction of Eagle Feathers to Manitoba Courts

Treaty One Territory, Winnipeg, MB – Manitoba Keewatinowi Okimakanak Inc. (MKO) is issuing this statement in response to the blessing and introduction of more than 40 eagle feathers into Manitoba’s court system yesterday.

“This is a historic moment,” stated Grand Chief Garrison Settee. “First Nations people hold the eagle in high esteem, and it is considered as a true honour to receive an eagle feather during your lifetime. There are many teachings around the eagle and its feathers. We hold these as sacred items in our communities.”

Manitoba courts received more than 40 eagle feathers from members of the Indigenous community. The courts accepted the gifts and court staff have received training on the care and use of the eagle feather in the courtroom and when providing counter services to the public. Witnesses using the eagle feather will use a new affirmation that was developed in collaboration with Indigenous Elders.

“We welcome the introduction of the sacred eagle feathers into Manitoba’s court system,” said Grand Chief Settee. “In 2015, the Truth and Reconciliation Commission of Canada shared 17 Calls to Action specific to the issue of justice. Having an eagle feather available to people using the court system is important, but we do encourage the federal and provincial governments to continue working to implement the 17 Calls to Action on justice from the Truth and Reconciliation Commission. We must continue to work together to reduce the overrepresentation of First Nations people involved in the criminal justice system in Manitoba.” 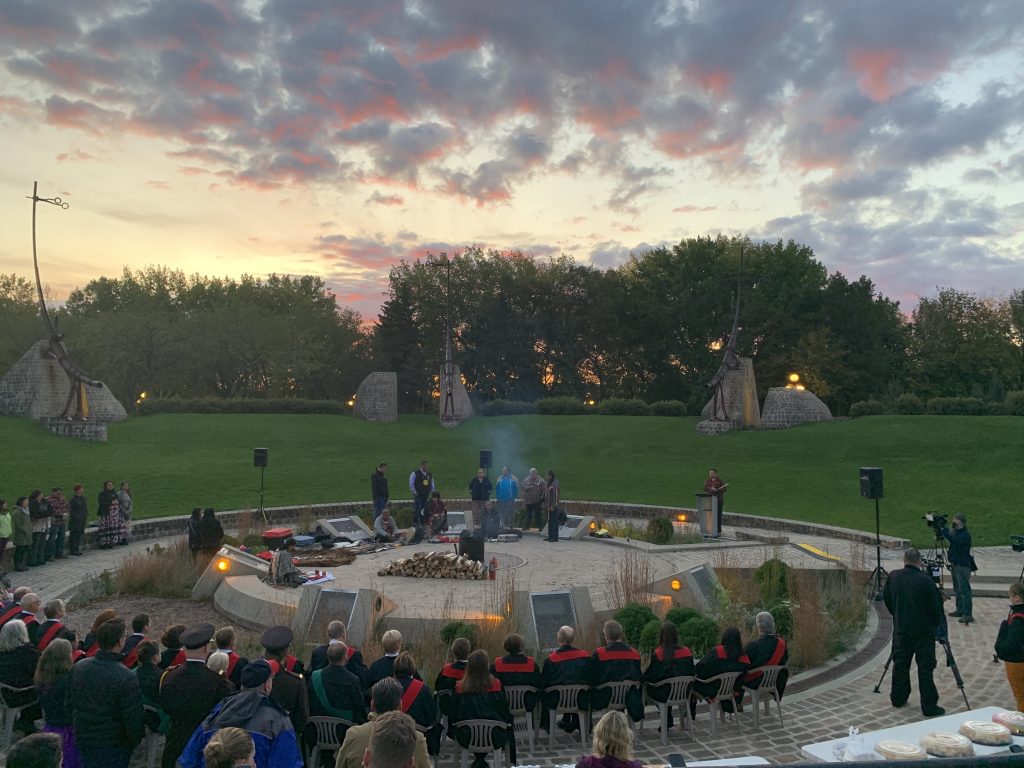 A ceremony took place on September 26, 2019, to bless the 40+ eagle feathers gifted to Manitoba courts. The Supreme Court of Canada Justices are joined by dignitaries, Elders, and other members of the justice system at The Forks for the ceremony.