Treaty Five Territory, Thompson, MB – On behalf of Manitoba Keewatinowi Okimakanak (MKO) Inc., Grand Chief Garrison Settee is offering condolences to the families of the three First Nation citizens who have recently lost their lives due to Winnipeg Police shootings.

“It is important to note that while we send condolences to those who lost their loved ones, MKO is not condoning the crimes associated with these shootings. However, we are very concerned with the handling of these incidents,” said Grand Chief Settee. “The police-involved shootings require a thorough investigation.”

All three shootings took place in Winnipeg, Manitoba. Two of the victims of the police shootings were 16-year-old Eishia Hudson and 36-year-old Jason Collins, while the third was 22-year-old Stewart Andrews (pictured above), who was from MKO territory. One of MKO’s objectives is to protect the citizens of MKO regardless of where they live. 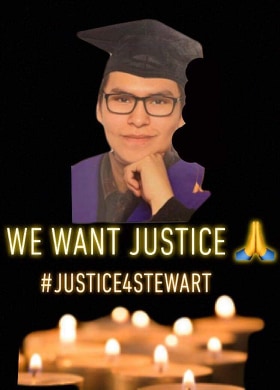 Image provided by the family of Stewart Andrews

“Over the last few years we have heard a lot about the concept of reconciliation,” shared Grand Chief Settee. “It’s a hard truth for many to acknowledge that racism still exists towards Indigenous people and this racism is prevalent across systems, including within police forces. I urge the Winnipeg Police Service to take a good look at what is happening within their ranks and to work closely with Indigenous leaders to ensure we resolve these serious issues by working together.”

Over the last 30 years, many reports have been published outlining recommendations to improve relationships between First Nations and policing and justice systems. In 1988, the province commissioned the Aboriginal Justice Inquiry (AJI) after the shooting of JJ Harper by Winnipeg Police. The AJI provided recommendations to build positive relationships and regain the confidence of First Nations with Manitoba Justice. More recently, the Truth and Reconciliation Commission and the National Inquiry into Missing and Murdered Indigenous Women and Girls have also echoed the need for initiatives to improve the relationships between police services and Indigenous people.

An Independent Investigation Unit (IIU) investigates all police shootings and is mandated by the Manitoba Police Commission. The IIU must conduct a professional, timely, impartial, and thorough investigation into the deaths of these three First Nations citizens at the hands of the Winnipeg Police.

For more information, you can read this story by Vice News.