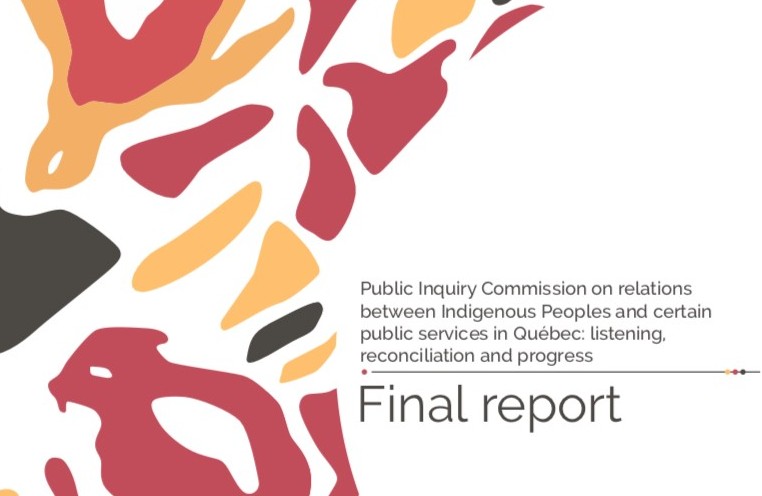 The Inquiry was held due to complaints brought forward concerning Indigenous women in the area of Val d’Or, a mining city in Quebec. An Indigenous woman named Sindy Ruperthouse had been reported missing in Spring 2014 and her parents criticized the police for their lack of diligence and support in searching for their daughter. In addition, 10 Indigenous women came forward via the media to say they had experienced abuse at the hands of police officers in Val d’Or from 2002-2015.

It was statements from Indigenous women that helped to spur creation of this public inquiry into how Indigenous peoples are treated when it comes to public services in Quebec. This resembles the situation in Northern Manitoba, where First Nations women have come forward over the years to file complaints about the sexual violence they have experienced in areas with hydroelectric development.

“I want to commend the Indigenous women who came forward to share their experiences in Val d’Or. Your strength in sharing your stories has contributed to a growing body of evidence that shows that First Nations women experience ongoing discrimination across Canada.

The time for action is now. We literally have piles of reports that outline the ways in which Indigenous peoples face discrimination. Earlier this month, for example, we had the release of a report in Manitoba showing that First Nations people have a lower life expectancy and poorer health compared to non-Indigenous people living in Manitoba.

The solutions to these issues have been documented in many different reports. I implore leaders across all towns, cities, provinces, territories, and at the federal level to continue working to take action and implement meaningful policies to impact Indigenous peoples in a positive way. Recommendations such as the 231 Calls for Justice from the Final Report of the National Inquiry into Missing and Murdered Indigenous Women and Girls must continue to be put in place. I encourage leaders in Quebec to take a close look at this report and start taking action to protect the lives of all Indigenous people across your province.”

You can find the full report from the public inquiry online here.