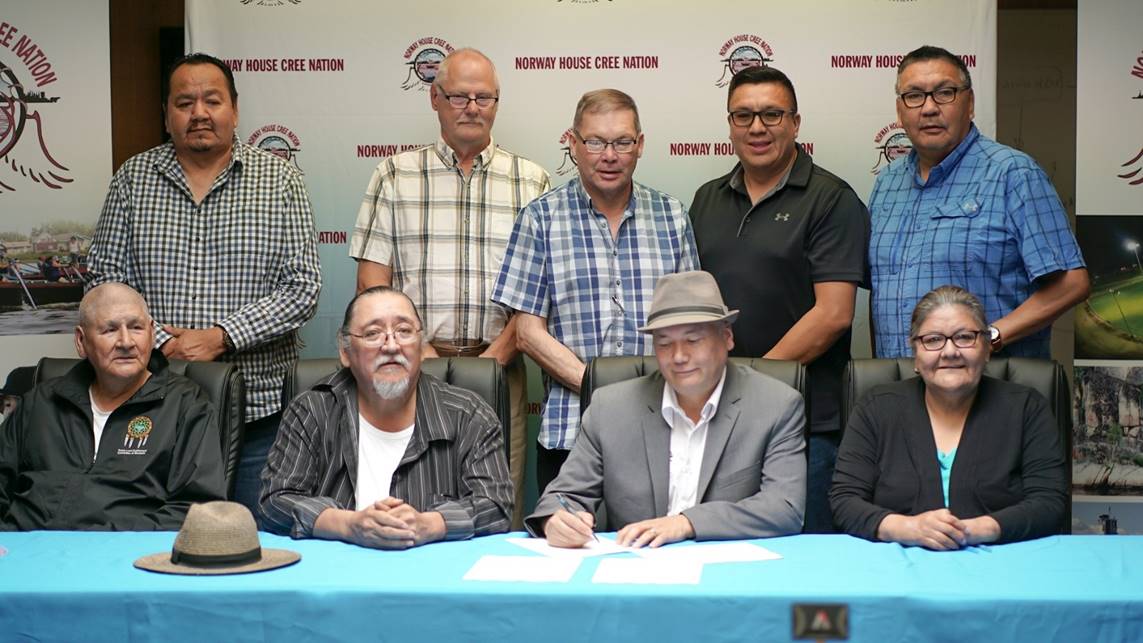 Treaty Five Territory, Norway House Cree Nation, MB – On August 3, 2021, a historic moment was witnessed in Norway House, Manitoba as Chief Larson Anderson and Mayor Leonard Budd signed a Protocol Agreement for Areas of Common Interest. Both Councils passed a council resolution supported by their members of Council to enter into this agreement.

This agreement is to formalize a cooperative working relationship in spirit of harmony between the two communities for the benefit of all people in Norway House. Those areas of common interest include but not limited to health, social development, justice, economic development, housing, land, and education to name a few.

In April 2020, the two Councils signed a protocol agreement that laid out the foundation of working together to address the world-wide Covid-19 pandemic. This worked really well and both councils decided this can be expanded to include other areas that were of common interest to the two local governments which has been divided into provincial and federal jurisdictions.

Chief Larson Anderson stated: “I am a strong believer that working together has the potential that both our governments will make life better for our citizens.”

Mayor Leonard Budd added “the signing of the protocol agreement between the Norway House Cree Nation and the Norway House Community Council is truly a historic event, one that will benefit the residents of both community members in the years going forward.”

Leadership of both communities agreed to recognize and respect each other’s mandate and jurisdictional authority.