Members of the public are invited to gather at the Riverlodge Place at 351 Jasper Place in Thompson for a feast, speakers, entertainment, and a candelight vigil. The event is free and begins at 5:30 pm.

“October 4 is a very important day. It is a day that we honour the spirits of missing and murdered Indigenous women, girls, Two Spirit, and gender diverse people,” shared Grand Chief Garrison Settee. “I’m thankful that MKO is able to host this gathering to support families and loved ones on their healing journey. I want to assure family members and loved ones that I will do my utmost to pressure government leaders and policy makers to implement the 231 Calls for Justice that were released in June by the National Inquiry into Missing and Murdered Indigenous Women and Girls.”

Prime Minister Trudeau announced on June 3 the government will “conduct a thorough review” of the MMIWG report and said “we will develop and implement a National Action Plan to address violence against Indigenous women, girls, and LGBTQ and Two-Spirit people.” He also said the federal government “will turn the inquiry’s Calls for Justice into real, meaningful, Indigenous-led action.”

“As the Grand Chief of MKO I have the political will to create mechanisms for Indigenous women and girls and Two Spirit and gender diverse people to reclaim their power and place,” stated Grand Chief Settee. 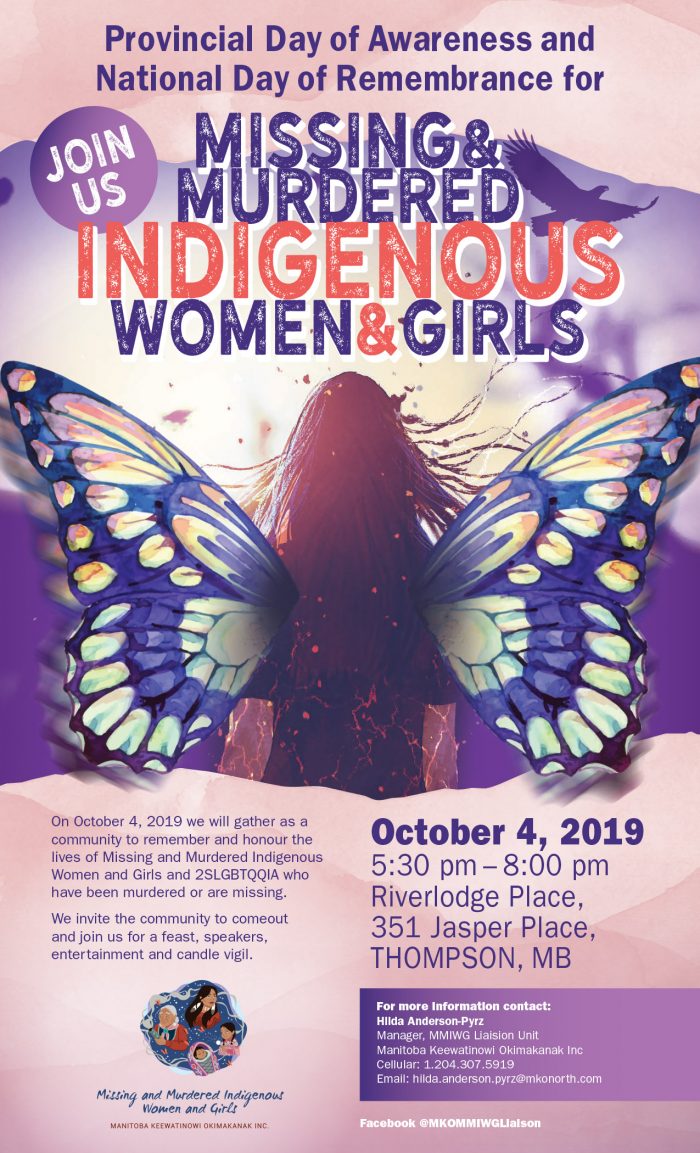