Treaty Five Territory, Thompson, MB – Manitoba Keewatinowi Okimakanak (MKO) Inc. is issuing this statement on behalf of the family of “Little Ray,” the man who was shot in Thompson on October 25, 2021.

The following statement can be attributed to the family’s spokesperson, Kikiwani Mikisew Iskwew:

“Little Ray is from the community of O-Pipon-Na-Piwin Cree Nation in Northern Manitoba.

Little Ray’s condition is stable. When he was admitted to hospital, he underwent a four-hour surgery. He is currently hospitalized. He is experiencing pain, having difficulty breathing, and he is receiving oxygen.

This morning, on October 27, 2021, Little Ray was brought down to the main floor/the lobby of the hospital to see his two mothers.

Little Ray is a father of five children. He is a very talented construction worker. He loves to sing and play guitar. He’s a very hard worker, he is very kind. He will take the shirt off his back for somebody.

We are asking people who witnessed the shooting to contact Craig Gerstmar, Senior Investigator at the Independent Investigation Unit of Manitoba. His contact information is:

The family thanks everyone who is coming forward to share information.

If this incident was not caught on video, we would have more questions than answers. If we did not have the videos, we would be in the dark. Although the videos are traumatizing to see, the existence of the videos helps to provide a form of evidence.

This incident happened near a school while children.

We have not heard anything from the RCMP yet. There is much work to be done to build the relationship between First Nations citizens and the RCMP. It is extremely hurtful there is no reassurance from the RCMP.

No one deserves the kind of treatment Little Ray experienced.” 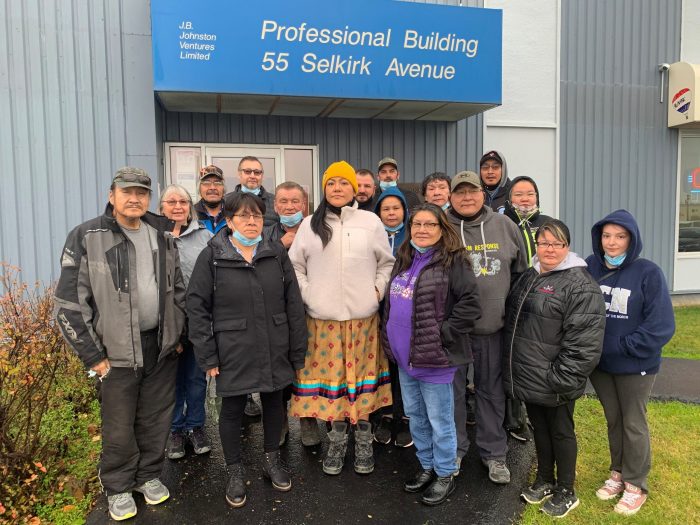 The family of Little Ray along with the Chief and Council of O-Pipon-Na-Piwin Cree Nation came together to host a press conference on October 27, 2021, in Thompson, Manitoba. They called for witnesses of the shooting to come forward. Picture by Melanie Ferris.